Konoshima Ōkoku (1877–1938) was a leading master of modern Japanese painting. In recent years, Ōkoku’s popularity has grown beyond the borders of Japanese-style painting fans, particularly for his animal paintings. This exhibition, co-organized by the Fukuda Museum of Art and the Saga Arashiyama Museum of Arts & Culture, features over 100 works, including 52 newly discovered works, as well as works exhibited at the Bunten and Teiten exhibitions. Please enjoy a complete overview of Ōkoku’s art. 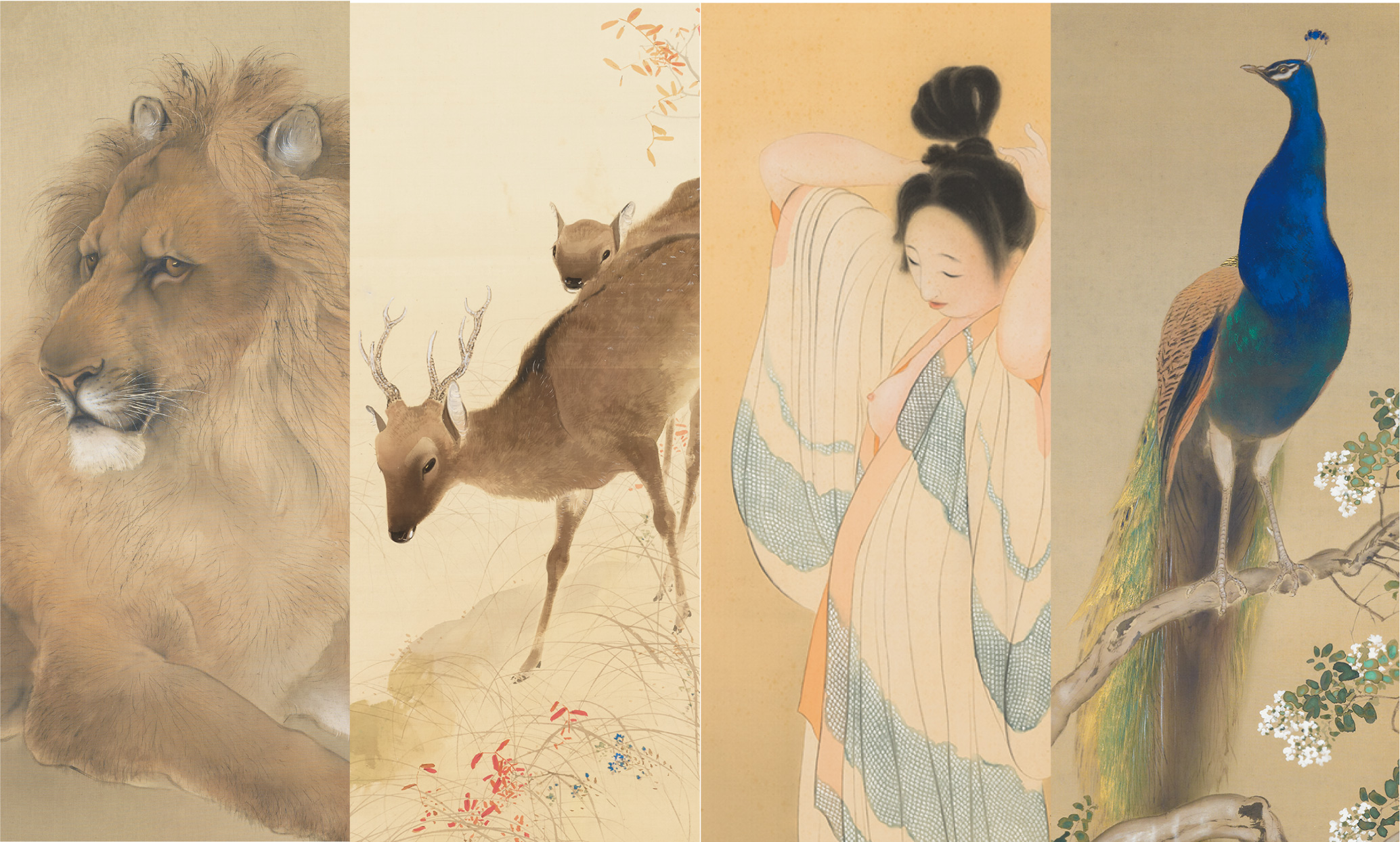 Born in Kyoto, Konoshima Ōkoku (1877–1938) was a leading master of modern Japanese painting. From the age of 16, he studied under Imao Keinen (1845–1924), whose finely detailed bird-and-flower paintings were very popular in Kyoto. While inheriting his master’s style, completely absorbed by art, Ōkoku rigorously explored how to paint animal, human, and historical subjects.

In mid-career, Ōkoku had a broad range of works, including paintings of animals, historical subjects, and scenes from daily life, selected for Bunten, the annual Ministry of Education Art Exhibition that began in 1907. He was awarded major prizes for six years in a row, an astounding achievement. When Bunten was reorganized as Teiten (Imperial Art Academy Art Exhibition), Ōkoku served on the jury.

The first venue, the Fukuda Museum, will exhibit approximately 60 works, including large-scale folding screens such as Spring on a Main Road (Fukuda Art Museum) and Peace and Harmony (Kyoto Municipal Museum of Art), both of which were exhibited at the Bunten exhibition, and Misty Rain and Fallen Leaves (Fukuda Art Museum), which will be exhibited for the first time in approximately 110 years. The exhibition traces Ōkoku’s career as a painter through a wide range of works, including animal paintings that made him famous, portraits, and landscapes.

“Ōkoku-san” and painters based in Kinugasa

At the age of thirty-seven, Ōkoku moved to Kinugasa, northwest of Kyoto City, and in his later years, he devoted himself to his hobby of writing Chinese poetry. At the second venue, the Saga Arashiyama Museum of Arts & Culture, with the full cooperation of the Ōkoku Bunko, there will be an exhibition of works and artifacts that remind us of the personality of “Mr. Ōkoku”. Twenty-four of the pieces will be on display for the first time. Works by Kikuchi Hōbun, Kikuchi Keigetsu, Dōmoto Impression, and Fukuda Heihachirō, who were based in Kinugasa following Ōkoku, will also be introduced.