The year 2022 falls on the Year of the Tiger, which is considered as a holy beast and the king of the hundred animals in Chinese culture. Although the tiger is not originally native to Japan, tiger hides were imported and used as the clothing of the ancient Japanese nobles or sacred charms against bad luck.  Furthermore, the tiger appears as one of the Four Gods revered in the Chinese topography in yin-yang philosophy: Azure Dragon, Vermillion Bird, White Tiger, and Black Tortoise.  Until the 17th century, paintings of tigers were depicted based on the arts from China and the Korean Peninsula.

This exhibition features paintings of tigers by painters active in the 18th century such as Yosa Buson and Maruyama Okyo, and renowned artists in the modern era like Takeuchi Seiho and Ohashi Suiseki, as well as works depicting other zodiac animals.  Moreover, as cats are kindred of tigers, the exhibition also includes the works of adorable cats. 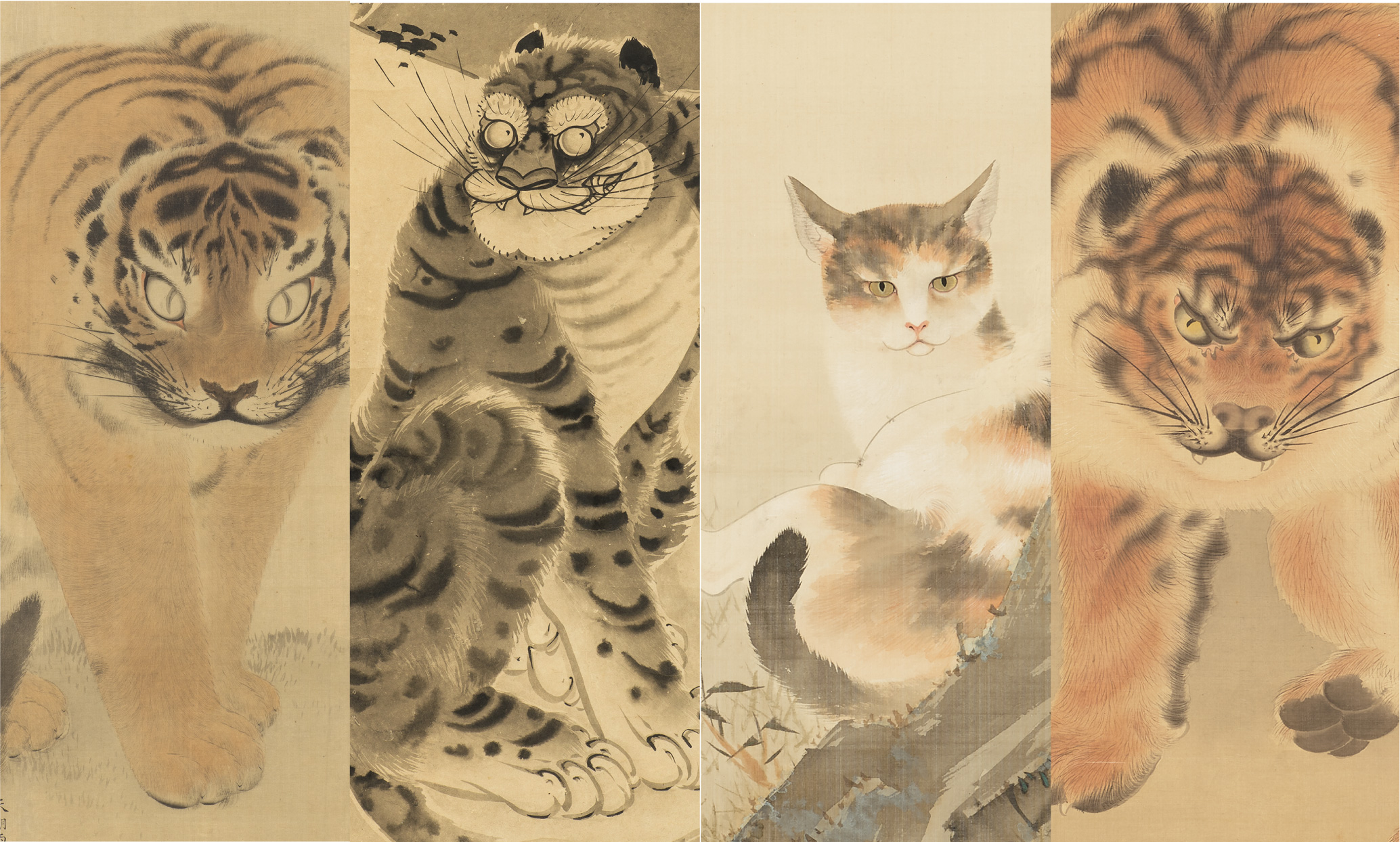