This October Fukuda Art Museum celebrates the 1st year anniversary.
This commemorative special exhibition showcases the selected artworks of prominent artists. For example, there were the works of Nagasawa Rosetsu, who is recently gaining popularity, the important cultural property by Watanabe Kazan, the large painting of Konoshima Okoku, the excellent works of art of Hayami Gyoshu, to name a few.
Just as Van Goch and Modigliani, many artists can be found in Japan who change their tragic fate into the source for the creation to generate the outstanding work. Those artists were devoted to their work despite the fact that they had to overcome the grief over the loss of their family or had survived through their own illness or injury. Although the exhibition focuses on the works of such painters and on the tragic themes, they are by no means somber and depressing, but rather, the beautiful light shines through alluring colors and divinely skilled touches of the brushwork.

This is the joint project with the Saga Arashiyama Museum of Art and Culture, which is located in the neighborhood.

The First Venue：”Against All Odds”

At Fukuda Art Museum, we display 86 works not only by the ill-starred painters, but also with the themes depicting the pathetic scenes.  Of those, 30 are on the display for the first time, namely, “Morning Light” by Higashiyama Kaii, “Osan” by Kaburaki Kiyokata, “Cranes” by Kimura Buzan, “Hermit Sages’ Accomplishments” by Hashimoto Gaho, and “Saint Pauline Church of le Vesinet” by Maurice Utrillo. 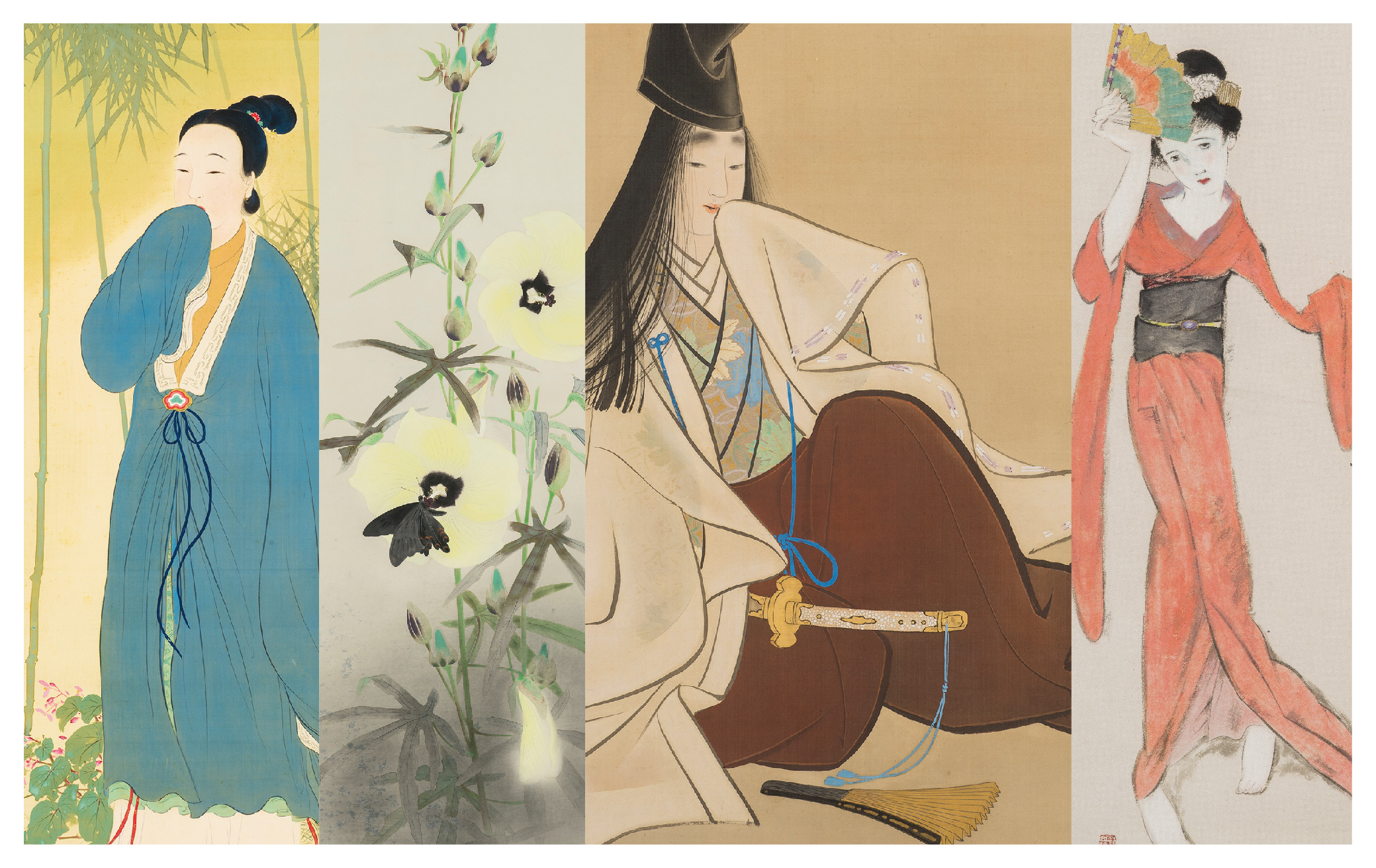 ◆The First Chapter: Ill-starred Painters in the Modern Period

Here in this chapter we present the Japanese style paintings by the artists in the Meiji(1868-1912), Taisho(1912-1926), and Showa(1926-1989) era. Among them are Hayami Gyoshu, who was run over by a city tram and his left leg was amputated, Konoshima Okoku, who died in the train accident, and Takehisa Yumeji, who devoted himself to his works after having lost his dearest one. You will encounter the vivid works of such artists before or after they experienced the incomparable misfortune.

We also feature the works depicting the scenes from the historical tragic events, such as Uemura Shoen’s “Shizuka Gozen,” whose baby was drowned at Yuigahama, and “The Great Hisamatsucho Fire” by Kobayashi Kiyochika.  In the Panorama Gallery, the framed pictures of Hayami Gyoshu and Kawabata Ryushi, as well as the works of Maurice Utrillo, who was indulged in alcohol from childhood, are displayed. 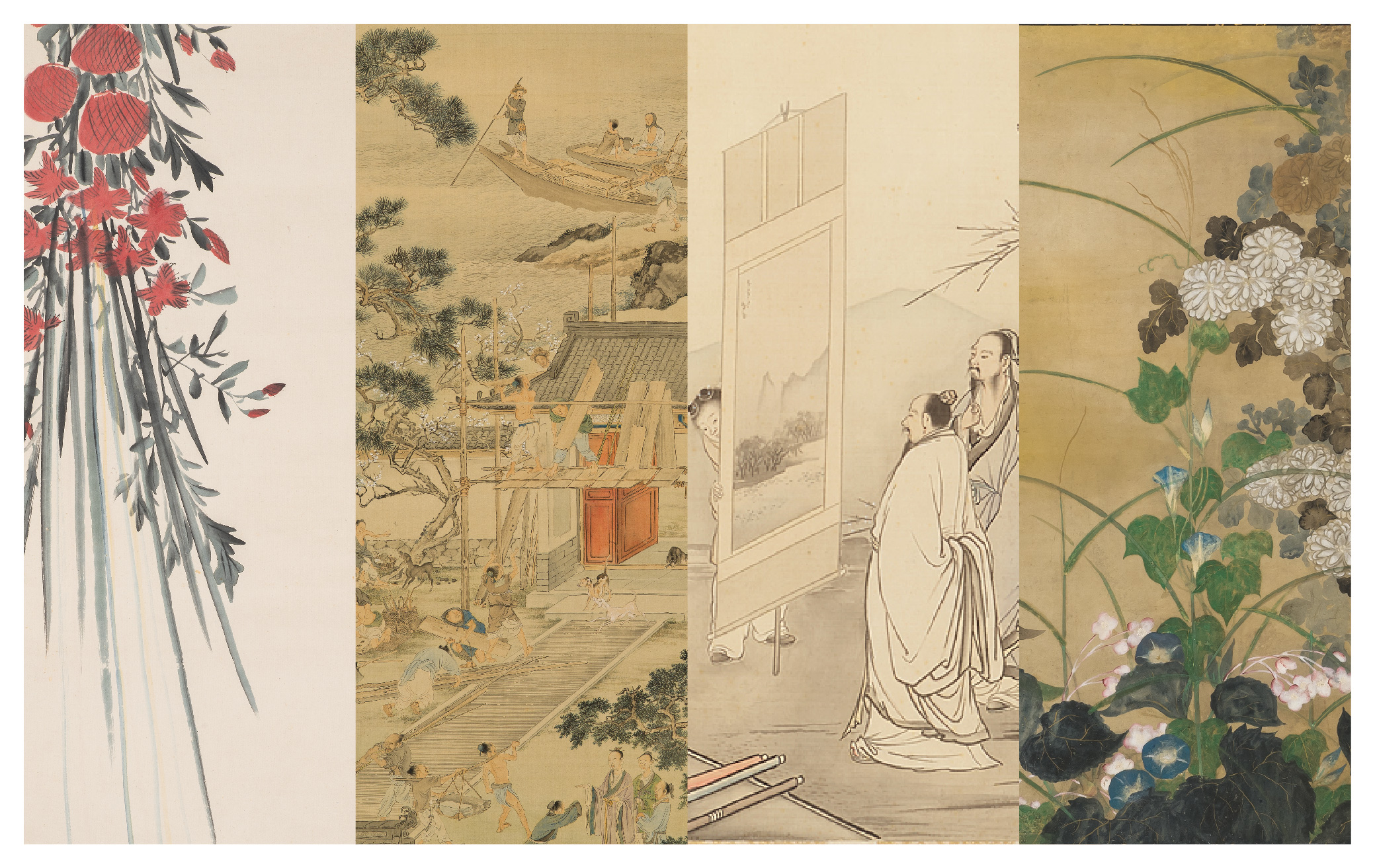 ◆The Second Chapter: Ill-starred Painters in the Pre-Modern Period
In this chapter, we introduce the unfortunate artists in Edo period (1603-1867) such as Fukae Gyoshu, who was banished with his father, Rosetsu Nagasawa, who is said to have been poisoned, and Watanabe Kazan, who was banished and then committed hara-kiri. Looking at the paintings and sharing the life of the painters from a different angle could be the clue to find out the true nature of their creations.

The 2nd Venue: “Coming back from Oblivion”

The second venue, Saga Arashiyama Museum of Art and Culture, exhibits the works of the painters such as Kishida Ryusei, and in addition, the exhibition focuses on those ill-starred artists who are now less known despite the high evaluation at that time. We introduce the artworks of painters with full of unique characters such as Ganku, Goseda Horyu, Yamamoto Shunkyo, and so on.  Why don’t you visit us and find your own favorite artist? 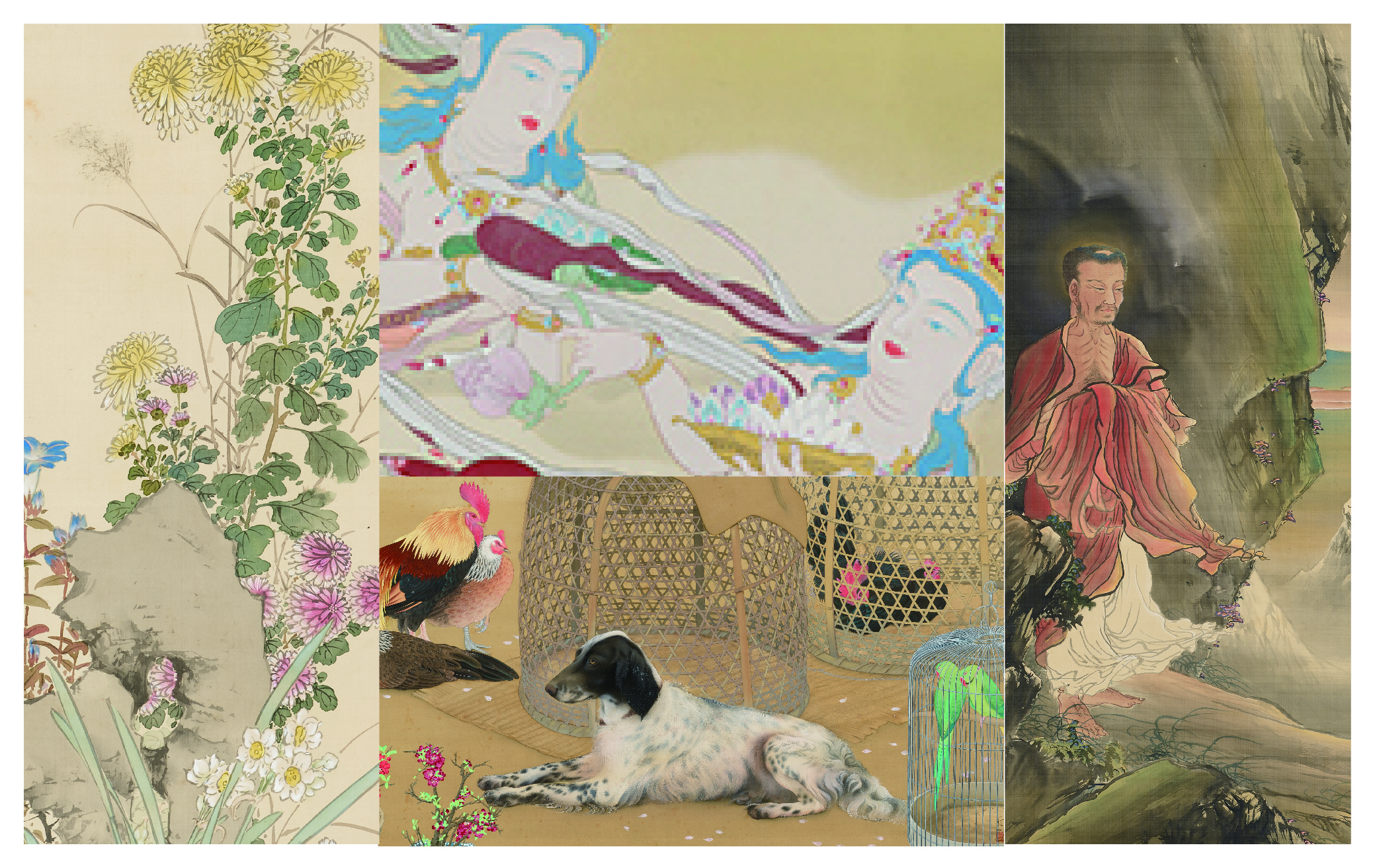